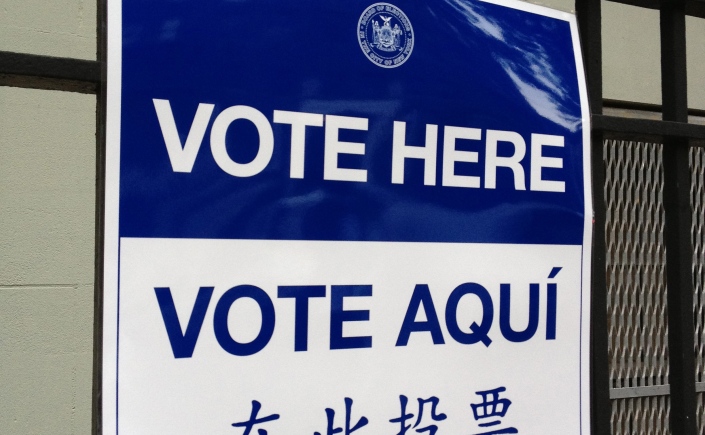 Along Coney Island Avenue, the western edge of Flatbush, Brooklyn, is what is informally called Little Pakistan. Despite having a strong presence of restaurants, shops, other businesses, and children attending public schools in that area, the voter turnout among Pakistanis in Flatbush was estimated to be low last Tuesday, the day of the primary election.

According to Muhammad Razvi, Executive Director of The Council of People’s Organization (COPO), there are 20,000 registered Pakistani voters in Brooklyn. On Tuesday, “I would say maybe 3,000 voters showed up to vote,” said Mr. Razvi at the Unity Showcase Festival hosted by the NYPD in Prospect Park on September 15.

COPO, which was previously known as the Council of Pakistan Organization, formed in the aftermath of the September 11 attacks, and its office is based in Flatbush. Their name was changed in order to appeal to more people in the community. Their mission is to empower marginalized communities and help them assimilate as Americans.

At the Unity Showcase Festival, COPO had its own table set up with a popcorn machine and sign-up sheets for those who wanted more information on ESL classes and voter registration. In the preparation for the upcoming mayoral election in November, Mr. Razvi said, “We’re making sure everyone gets the information they need on voting.”

For some Pakistani Flatbush residents, the information is being delivered. Kaniz Chaudhry, who works and helps manage a store on Coney Island Avenue called Ar Razzaq Fabric, usually works at the polling stations as an inspector. But this year, “I didn’t have time to vote. I was busy at the store.” It just was not a priority for Ms. Chaudhry this year. However, three of her family members did vote on Tuesday and she plans on working at the polling stations in November.

Unfortunately, there are those who are still not receiving all the information they need despite the outreach efforts of organizations like COPO. Kausar Parveen has been living in Flatbush for ten years and works at Madina Fabrics. She described how she voted on Tuesday with her phone by way of text. When questioned further about this supposed voting method, Ms. Parveen became flustered and simply ended the conversation with, “Whatever my husband says, I vote for.”

Little Pakistan represents the largest collection of Muslims in Flatbush. Besides focusing on Pakistanis, there are other organizations that are trying to mobilize the Muslim community in New York City to take an active participation this election year. The Muslim Democratic Club of New York (MDCNY) had in recent weeks been calling up Muslim voters and also used social media and the hashtag, #MuslimVote, to urge Muslim New Yorkers to vote during the primary election.

The secretary of MDCNY, Aliya Latif, states, “The electorate is becoming increasingly diverse and New York Muslims are a critical part of that diversity. According to our data analysis based on Muslim surnames, there are 105,000 registered voters in NYC…We endorsed progressive and civil rights driven candidates up and down the ballot in our effort to improve representation for all New York City voters, particularly American Muslims.”

Leading up to the primary election, MDCNY had endorsed John Liu. Out of all the candidates, John Liu was the only mayoral candidate to actively reach out to Muslims at various mosques and was also the only candidate to speak at the launch of MDCNY in March 2013. Last Friday, MDCNY announced that they are now endorsing Bill de Blasio as mayor of New York City.

In spite of groups like COPO and MDCNY increasing their efforts to encourage Pakistanis and Muslims to participate more in civic affairs, it is still not enough. Even when Pakistanis have the information they need, they are not motivated to make a trip to their polling station. They do not see any significance in their vote when most candidates will not even reach out to them. It may take years before the Pakistani and Muslim community truly mobilize to make their voices heard.